We service and repair Mitsubishi vehicles at our garage in Plymouth.

I had an old, red 2.5 SWB Mitsubishi Pajero that I used regularly. It was a work horse! In the winter it kept going through standing water, ice and snow.

The power steering belt was not a V-belt, it was ribbed.

It had a water cooled turbo.

There was a glowplug light instead of the quick start system.

The speedo was electric, not cable driven.

There was no sunroof and the aerial was pillar mounted, not on the wing.

It had a large bore exhaust and roof rails.

It was the most responsive 2.5d Pajero I've driven!

We've now parted company but it's gone to another Pajero enthusiast with the time to maintain this great vehicle. I'll upload photos soon.

Mitsubishi Pajero EGR: Blank it or leave it?﻿

Over the years, I've had enquiries about excessive smoking on Mitsubishi Pajeros and consequently how to blank the EGR valve, even where the cause of the smoke is unknown. My thoughts are that if the Pajero EGR is working properly, there's no reason to blank it, unless you want to. If the EGR is faulty, you could fix it or blank it. I have compiled this so you can make up your own mind about blanking a Pajero EGR system.

Here’s my understanding of how the EGR works on the Mitsubishi Pajero.

1. The Engine Control Unit (ECU) detects accelerator position, engine speed & transmission information. It decides when the EGR is needed. When needed, it sends a signal to the EGR. It should not trigger EGR at idling, low load, or full load.
2. The signal activates a solenoid, which opens a vacuum line.
3. Vacuum is separately generated by a pump as a diesel engine does not have vacuum at inlet manifold. The same vacuum is used for brake booster.
4. The spindle in the EGR valve moves when the vacuum is applied. This allows inert exhaust gas to be introduced to the engine.
5. The inert gas (exhaust) has of course been produced by the engine.
6. The engine responds to inert gas. Oxygen concentration is decreased by addition of inert gas, resulting in lower combustion temperature, and thus less nitrous oxide.

There are 3 general operating modes for the EGR system.

The main causes for this failure are:

EGR valve spindle does not move: Stuck by debris in open, closed or intermediate
position (intermittent or persistent): Clean valve or replace.

Mode 3: No EGR effect: Combustion temperature rises, adding thermal stress to engine, consider the possibility of adverse long term reliability. (I understand that in 10+ years, nobody has proved ill effect. (Please advise if you know different.)
Increased Nitrous oxide production, therefore increased pollution.
Possible causes of this are:
Same as points 1-5 above.

Is the Pajero EGR valve working? Try these 2 simple tests.
1. If you can access your EGR valve stem, push it against spring pressure. It should move freely and return fully. If it doesn’t, remove the valve for cleaning or replacement.
2. With the engine at normal operating temperature, open the throttle to 2,500rpm while watching the EGR valve stem. It should move, then return. If it doesn't, remove the hose and feel for vacuum as you rev it again. If you feel vacuum, the valve's at fault.

If there’s no vacuum, see mode 3 above.

Should you blank the Pajero EGR?
Excess EGR (mode 2) reduces the performance of the vehicle. In this case, it is possible to disable the EGR system entirely, so that it operates in mode 3. This may have some possible negative consequences, including possible hotter combustion temperature, which might reduce engine life. But I'm not aware of this theory being proved. (If you know different, let me know.)

If you plug the vacuum line with a ball bearing and the EGR valve is stuck in an open position, it will have no effect. In my opinion, blanking the Pajero EGR with a blanking plate is better than using a ball bearing. EGR blanking plates for the Pajero will need to withstand very high temperatures, so quality stainless steel would do the trick. (Don't use layers of thin steel or a coin as these have been known to disintegrate and cause damage.) There is also the option of cleaning the EGR system.

Phone, text or email to book your Mitsubishi Pajero service, MOT or repair.

You can fit a lot of people and equipment into a Delica! They're a great all round vehicle with good off road capability.

The Mitsubishi Delica has an interesting history since its first production as a commercial vehicle in 1963. The Delica was so popular, a year later two more versions were produced, including the Star Wagon that could comfortably seat 9 passengers!

In 1979, 10 model variations were added. And in 1982 the first 4 wheel drive model was introduced, establishing the Mitsubishi Delica’s reputation for reliability and performance.

A more aerodynamic model appeared in 1986; more stylish, with an additional number of safety features, coupled with reliable 4wd capability. It was a popular recreational vehicle.

Phone, text or email to book your Mitsubishi Delica service, MOT or repair.﻿

5. I will sanitise your keys and the areas of your car that I work on.

6. I'm next to NT Saltram House, where you can walk, or sit and enjoy the views.

8.Contact free, 24hr drop off and collection can be arranged, at your own risk. 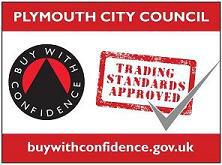