In the late 1990's when I first worked on 'grey' imports, the Mitsubishi Pajero was the main vehicle imported into the UK. The technical information needed to work on them was not readily available. 'Applied knowledge' was our only option! Main dealers weren't interested; Many still aren't. So enthusiasts like me, specialise in 'grey imports'.

By 2003 I was regularly working on the Mazda Bongo Friendee and the equivalent model, Ford Freda. This 8 seater MPV is proving to be the most popular grey import so far. It's a very versatile vehicle. Its elevating roof makes it a natural choice for conversion to a camper.

What is a Japanese 'grey' import?

They are vehicles manufactured for the local Japanese market, that are not imported into the UK by main dealers. They are generally imported by small companies or individuals.

Japanese vehicles are strictly tested in Japan. The 'Shaken' test and repairs are relatively more expensive than the UK MOT. If a vehicle is likely to fail the test, it can make economical sense for it to be sold and a new one purchased. The used vehicles are sold at auction in Japan. The auctions are fast moving. Vehicle details are shown on screens, listed by chassis number and auction grade.

The grade is decided by the auction house. There are a lot of Japanese auction houses and their standard requirements vary. Generally, sellers are expected to declare known faults and the vehicles are inspected prior to the auction.

The vehicles can stand on the dock for weeks, waiting for auction and export. Japanese vehicles aren't undersealed, because they don't use salt on their roads. The unprotected metal has been exposed to dockside salty air, then will be driven on our salt-gritted winter roads, I recommend undersealing on arrival in the UK.

In the UK, a Japanese grey import will need a new speedo face, rear foglight and illuminated foglight switch to be UK legal. Most need an 'IVA' test to ensure they meet our standards.

There's advice on importing a Japanese vehicle on this link﻿

Please get in touch if you'd like your Japanese import serviced, checked and undersealed in Plymouth, Devon. 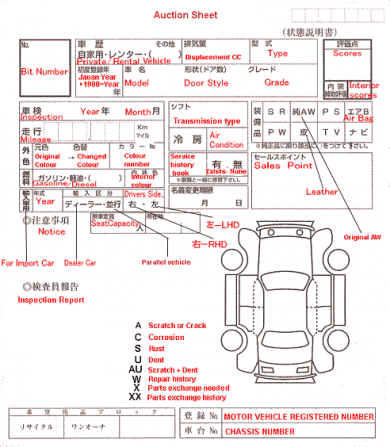 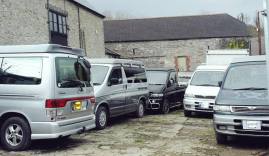 Link to my Bongo garage services

5. I will sanitise your keys and the areas of your car that I work on.

6. I'm next to NT Saltram House, where you can walk, or sit and enjoy the views.

8.Contact free, 24hr drop off and collection can be arranged, at your own risk.